The three dimensional shape taken by tRNAs. Each tRNA has a sequence of three nucleotides located in a loop at one end of the molecule that can basepair with an mRNA codon. Each different tRNA has a different anticodon. When the tRNA anticodon basepairs with one of the mRNA codons, the tRNA will add an amino acid to a growing polypeptide chain or terminate translation, according to the genetic code.

The tRNA with this anticodon would be linked to the amino acid leucine. The corresponding amino acid must be added later, once the tRNA is processed and exported to the cytoplasm. At least one type of aminoacyl tRNA synthetase exists for each of the 21 amino acids; the exact number of aminoacyl tRNA synthetases varies by species. These enzymes first bind and hydrolyze ATP to catalyze the formation of a covalent bond between an amino acid and adenosine monophosphate AMP ; a pyrophosphate molecule is expelled in this reaction. The same enzyme then catalyzes the attachment of the activated amino acid to the tRNA and the simultaneous release of AMP.

Formylated methionine is inserted by fMet-tRNA at the beginning of every polypeptide chain synthesized by E.

This interaction anchors the 30S ribosomal subunit at the correct location on the mRNA template. The nucleotides around the AUG indicate whether it is the correct start codon.

This allows the large ribosomal subunit to assemble on top of the small subunit, generating the intact 80S ribosome, and places the Met-tRNAi in the P site of the intact ribosome. The ribosome A site is positioned over the second codon in the mRNA reading frame, and translation elongation can begin. The basics of elongation are the same in prokaryotes and eukaryotes.

The intact ribosome has three compartments: the A site binds incoming aminoacyl tRNAs; the P site binds tRNAs carrying the growing polypeptide chain; the E site releases dissociated tRNAs so that they can be recharged with amino acids. This creates an initiation complex with a free A site ready to accept the aminoacyl-tRNA corresponding to the first codon after the AUG. A peptide bond is formed between the amino group of the A site amino acid and the carboxyl group of the most-recently attached amino acid in the growing polypeptide chain attached to the P-site tRNA.

The ribosome moves three nucleotides down the mRNA.

In the E site, the uncharged tRNA detaches from its anticodon and is expelled. A new aminoacyl-tRNA with an anticodon complementary to the new A-site codon enters the ribosome at the A site and the elongation process repeats itself. The energy for each step of the ribosome is donated by an elongation factor that hydrolyzes GTP. Translation elongation in eukaryotes. The growing polypeptide chain is attached to the tRNA in the ribosome P site. This creates a peptide bond between the C terminus of the growing polypeptide chain and the A site amino acid.

The ribosome translocates once codon on the mRNA. The elongation factor eEF2 assists in the translocation, powering the process through the hydrolysis of GTP. During translocation, the two tRNAs remain basepaired to their mRNA codons, so the ribosome moves over them, putting the empty tRNA in the E site where it will be expelled from the ribosome and the tRNA with the growing polypeptide chain in the P site.


The A site moves over an empty codon, and the process repeats itself until a stop codon is reached. Instead, in both prokaryotes and eukaryotes, a protein called a release factor enters the A site. The release factors cause the ribosome peptidyl transferase to add a water molecule to the carboxyl end of the most recently added amino acid in the growing polypeptide chain attached to the P-site tRNA. This causes the polypeptide chain to detach from its tRNA, and the newly-made polypeptide is released.

Mathematical and Computational Modelling of Ribosomal Movement and Protein Synthesis: an overview

The small and large ribosomal subunits dissociate from the mRNA and from each other; they are recruited almost immediately into another translation initiation complex. After many ribosomes have completed translation, the mRNA is degraded so the nucleotides can be reused in another transcription reaction. Modeling translation : This interactive models the process of translation in eukaryotes. In order to function, proteins must fold into the correct three-dimensional shape, and be targeted to the correct part of the cell.

After being translated from mRNA, all proteins start out on a ribosome as a linear sequence of amino acids. When a protein loses its biological function as a result of a loss of three-dimensional structure, we say that the protein has undergone denaturation. Even if a protein is properly specified by its corresponding mRNA, it could take on a completely dysfunctional shape if abnormal temperature or pH conditions prevent it from folding correctly. The denatured state of the protein does not equate with the unfolding of the protein and randomization of conformation.

Actually, denatured proteins exist in a set of partially-folded states that are currently poorly understood. Many proteins fold spontaneously, but some proteins require helper molecules, called chaperones, to prevent them from aggregating during the complicated process of folding. Protein folding : A protein starts as a linear sequence of amino acids, then folds into a 3-dimensional shape imbued with all the functional properties required inside the cell.

Each of these proteins needs a different shape. Cells express their genes by converting the genetic message into protein. 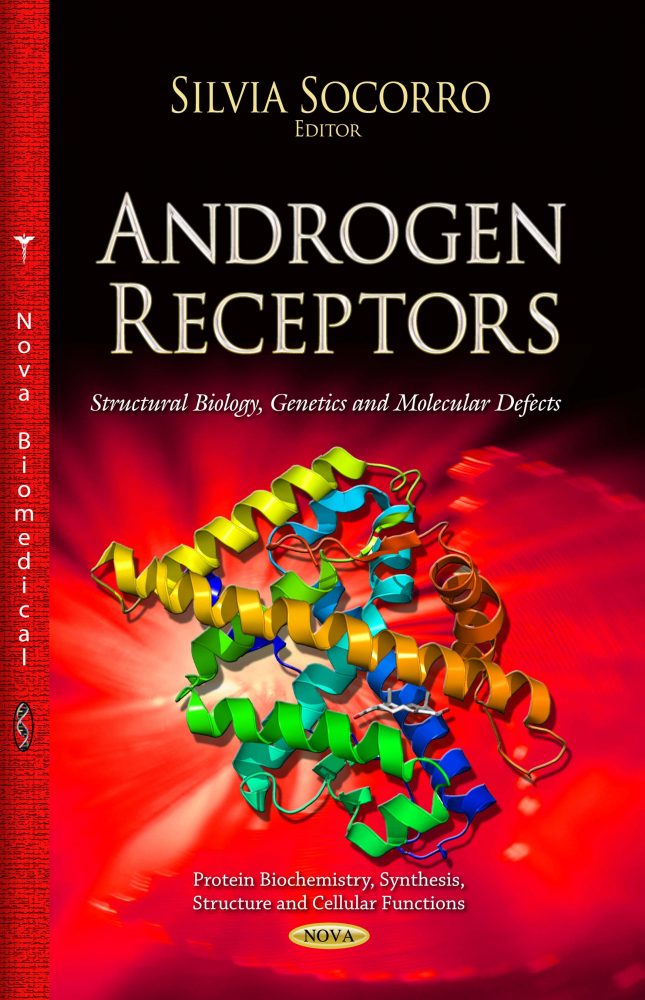 This process of protein synthesis occurs in two stages - transcription and translation. This process takes place in the nucleus and occurs in a series of stages. After translation, the polypeptide is finally folded into the correct shape and becomes a protein. Peptide bonds form between the adjacent amino acids to finalise the structure. Protein synthesis. A molecular model of haemoglobin which is a protein found in red blood cells. 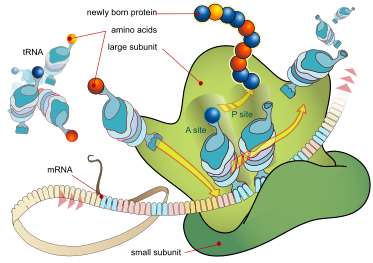 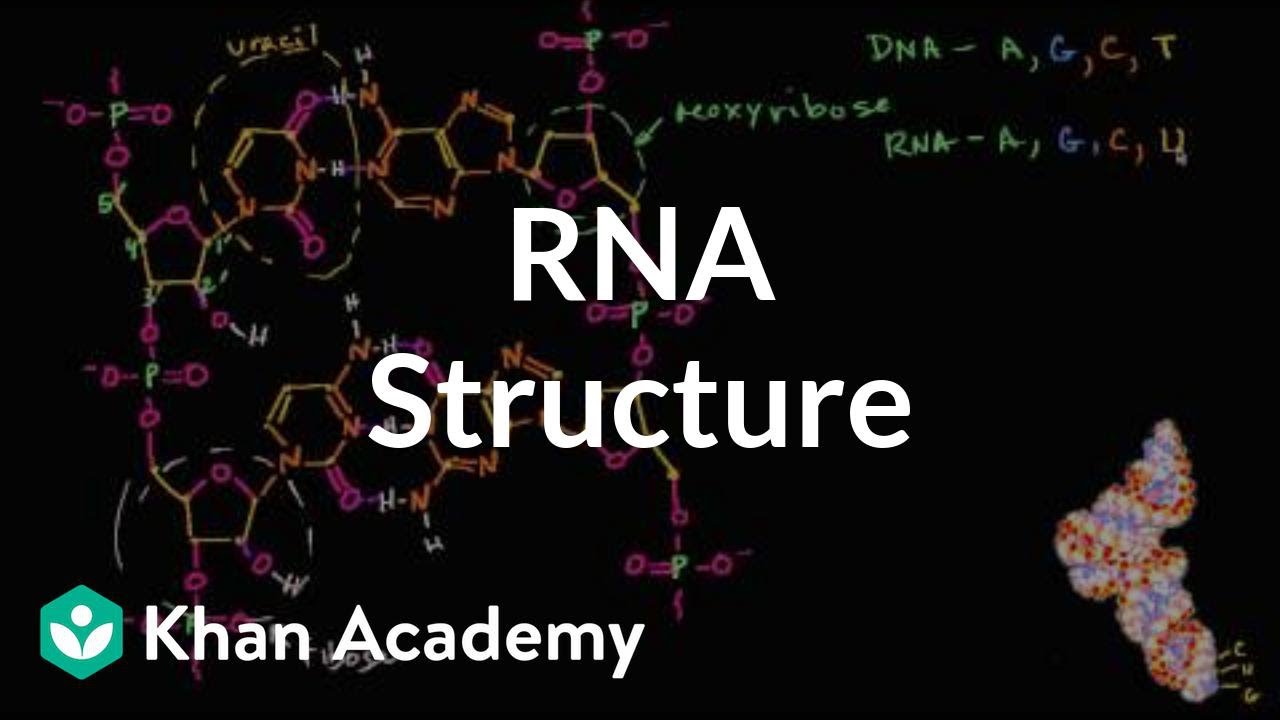 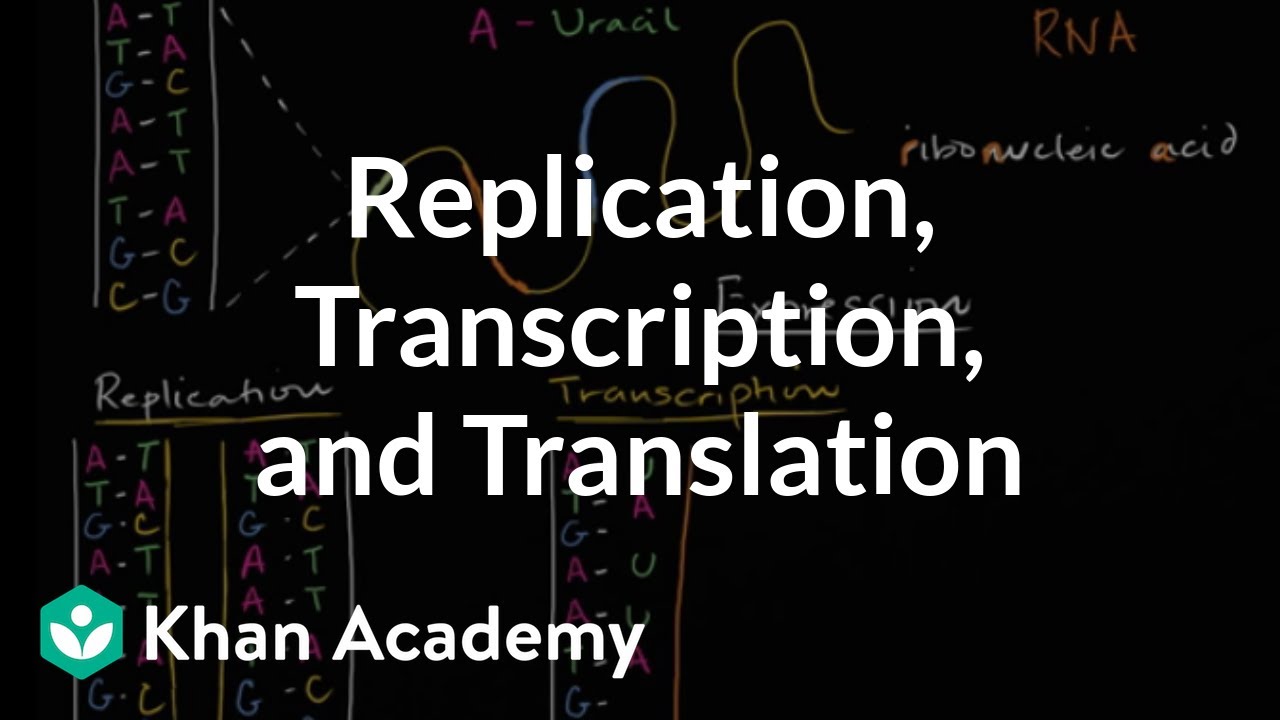